14 Jul In Harmony with Nature

Posted at 14:41h in Blog by TempleAdmin
0 Likes
Share

Nambiti Plains is a manmade built project, but as a Lodge and Team, the aim is to nurture and be part of nature with as little impact on the surroundings as possible.

The Lodge is one of the few that is not fenced in at Nambiti Private Game Reserve, with the exception of the single strand to keep the bull elephants from destroying the trees around the Lodge and around rooms. This is to allow the wildlife to roam on paths that they have used for generations and not to hinder them. It does mean that some natural alert systems are used in camp such as gravel to make a noise, indicating someone is approaching, so that animals are aware and not startled.

The main Lodge and suites are built with stone, thatch and wood and much of the surrounding area is left to grow as it would in nature, only cutting back vegetation where essential. It is built to blend with nature but also to create as little pollution as possible, especially in the sense of light pollution at night, of which there is a minimal amount at Nambiti Plains. For example, pathway lights as well as the pool pump are on timers so that we use less electricity to protect the environment. These factors also allow guests the feeling of having privacy in the bush.

Nambiti Plains is a five-star luxury Lodge built with the concept of being in the bushveld of Africa. With this in mind, the founders and owners wanted to create a real feeling of being in the bush with no vestige of manicured lawns and gardens, but rather with a view to rewarding our guests with a true African experience yet with surreal luxury.

It is, therefore, no surprise to be visited by one of the big five right outside your window or room deck. In addition, much time was spent in ensuring that the accommodation chalets are completely secluded, safe and distant from one another to create the total feeling of privacy in one’s own secure villa in the wild African bush.

The private viewing decks are suspended off the ground high enough to provide total safety from any of the more dangerous animals of the bush. “The whole idea was for guests to leave Nambiti Plains after a visit, with a life changing experience of bushveld authenticity, the real feeling of the bush in quiet seclusion but luxury and safety” say the founders, Wally and Debbie. Because the Lodge is centred around two water holes, guests who choose not to do safari game drives and just stay in the luxury of their chalets or relax on the vast decks of the Lodge, will often see more varied species of game, including members of the big five, from the comfort of a pool lounger with a cool refreshing beverage in their hand.

The Lodge is decorated by award winning lodge interior designer Caline from Artichoke Designs. It is decorated in an earthy minimalistic style to give you the same feeling as that of the wide-open space of the plains in front of the Lodge.

Another sustainable idea is that the Lodge is built to blend with the Nambiti landscape using materials that blend with nature. With the use of thatch, wood, stone and brick, the Lodge looks like it has grown from the land. The wood used for the decking is left natural and is left untreated and replaced every few years. Some of the wood used in projects for the Lodge are cut from trees that have died and the wood is re-used. The Lodge is constructed especially not using hardwoods from the rainforests, but from replaceable pine forests and specially treated to last and last.

Nambiti Plains is nature facing and believes that as much as possible single plastic use should be avoided. Our guests receive a gift of water bottles that can be used on game drives and be carried with them to minimise the use of plastic and to encourage guests to think about the environment.

The greywater that the Lodge produces is filtered and then runs into the waterholes at the Lodge. Shower, basin and laundry water goes through about 4 filters before it runs into the dams. In addition to this, rainwater run-off is collected off the roofs for the dams as well as being used for laundry. 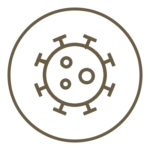 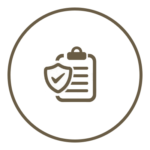 All the information you need to make informed travel decisions – your one-stop-shop to make the most of your dream African Safari.